(Bahasa Indonesia) Recently we spotted a new restaurant in Umalas area called Tiflis, this restaurant serves authentic Georgian cuisine. At first I was curious where is Georgia? What does their food taste like? Anyway finally we visit this small restaurant, it was decorated like a traditional Georgian house with a stone oven set on the porch to bake their traditional flat bread. 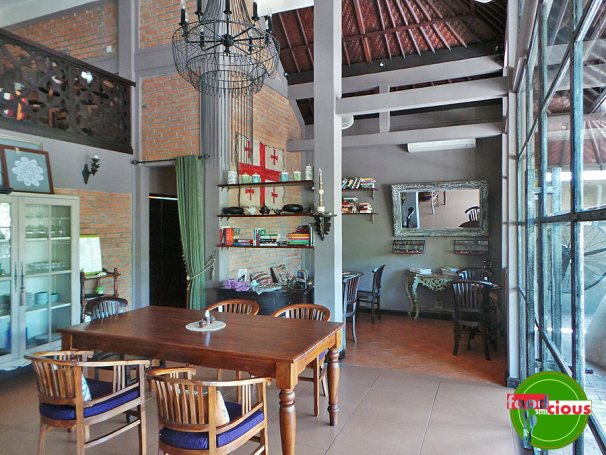 For appetizer they have some vegetarian menu like Eggplant Walnut Roll (43K), its crushed walnut seasoned with herbs and spices then rolled with thin eggplant. I also tried their Mushroom with Suluguni (40K) its baked mushroom stuffed with homemade cheese (yes, they made their own cheese :)) I love those stuffed mushroom. 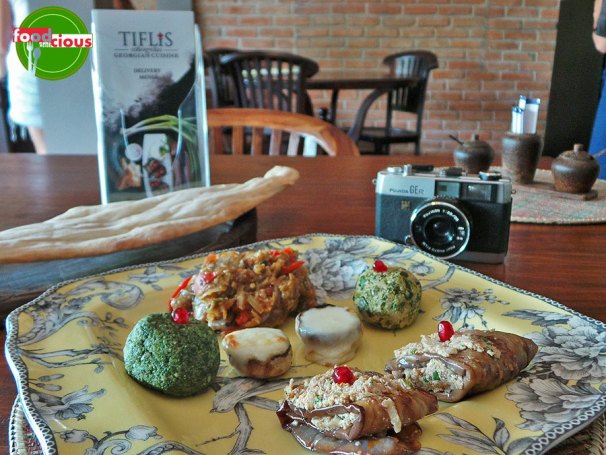 I’m a bit curious with their bread, so I try one of their Khachapuri (Georgian savory pies filled with cheese) called Khachapuri Ajaruli (60K), it’s a boat shaped pie filled with raw egg and cheese. To eat this we have to mix the cheese and raw egg while it still hot to make the egg fully cooked. The crust texture is really dense kinda like pizza crust, I feel really full just by eating ¼ of it. 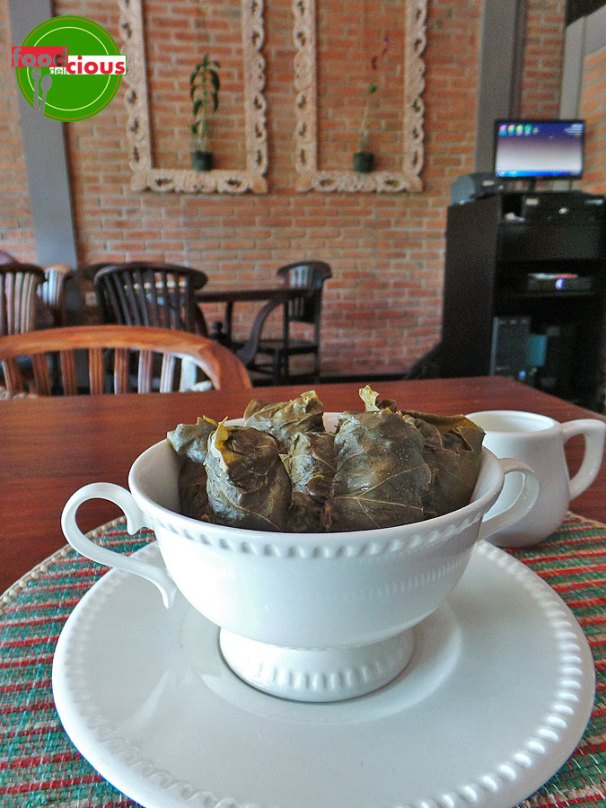 Looking out their menu, I’m a bit curious with their dishes called Dolma (70K), minced meat seasoned with herbs and spices then wrapped up in grape leaf; yes it’s a grape leaf. It’s a new experience for me to eat grape leaf :). Dolma was served with garlic infused homemade yoghurt that has a tangy and aromatic flavor.

They also serves Kebab (78K) here, but unlike the Turkish kebab that usually filled with thinly sliced meat, here their kebab meat looks like sausage and wrapped with lavash bread.

I surely wouldn’t missed their refreshing lemonade called Tarkhun (20K), it was homemade Georgian lemonade made from combination of tarragon extract and soda with a very refreshing and aromatic scent.

What do you think about this article? Cancel reply

This site uses Akismet to reduce spam. Learn how your comment data is processed.